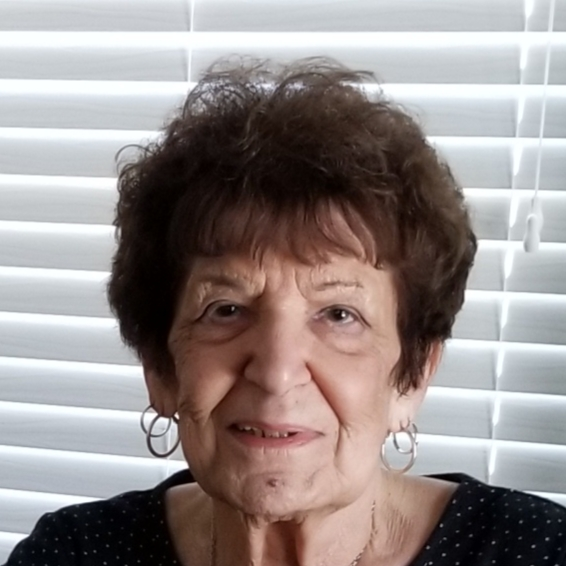 Obituary of Dorothy A Vegnone

Please share a memory of Dorothy to include in a keepsake book for family and friends.
View Tribute Book

WEBSTER – Dorothy A. (Leone) Vegnone, 89, of Eddy Pond in , a long time Webster Resident, died on Monday, April 29 at Christopher House in with her family at her side. She is predeceased by her husband of 68 years, Frank Vegnone.

She is survived by her two children, Ronald P. Vegnone of San Diego, CA and Sharon A. Pickles and her husband Kenneth of North Grosvenordale, CT; three brothers: Richard, Alphonso, and Robert Polselli; three grandchildren: Tracy Jalbert and her boy friend Michael Sousa, Marissa Wilson and her husband Matthew, Kiersten Choiniere and her boyfriend Adrian Delphia; two great grandchildren: Bridget and Jack Wilson; and many nephews and nieces.

She was predeceased by two children, Anthony Vegnone and Deborah Jalbert; a sister, Anna McCarthy; and a grandson, Jason Jalbert. She was born in Worcester, daughter of the late Carlo and Josephine (Polselli) Leone.  She managed and worked in several restaurants in the Worcester and Webster areas. She enjoyed traveling and exercise in her younger years and leaves a legacy of Italian cooking that can never be matched.

To plant a beautiful memorial tree in memory of Dorothy Vegnone, please visit our Tree Store

Look inside to read what others have shared
Family and friends are coming together online to create a special keepsake. Every memory left on the online obituary will be automatically included in this book.
View Tribute Book
Services for Dorothy Vegnone
There are no events scheduled. You can still show your support by planting a tree in memory of Dorothy Vegnone.
Plant a tree in memory of Dorothy
Share Your Memory of
Dorothy
Upload Your Memory View All Memories
Be the first to upload a memory!
Share A Memory
Plant a Tree