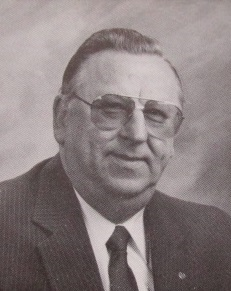 Please share a memory of Charles to include in a keepsake book for family and friends.
View Tribute Book

Charles J. Recko, 88 of North Grosvenordale CT. passed away on Saturday May 11, 2019 at Davis Place in Danielson CT. following a long battle with cancer. Charles was born March 19, 1931 in Worcester, MA. to the late Adam and Anna (Bujak) Recko.

He is survived by his wife Elizabeth J. (Nachajko) Recko from North Grosvenordale, CT., son Charles C. (Chris) Recko and his wife Denise (Santerre) from Thompson, CT, and their daughter Loni (Recko) Decelles and her husband David from Brooklyn, CT. His daughter Karen J. (Recko) Grzyb and her companion Joseph Kabala from Webster, MA, and her daughter Keli (Grzyb) Farrand, her son Christopher Grzyb and his wife Jasmine from Webster, MA,. His son James A. Recko and wife Donna (Gorski) from Webster, MA, and their daughters Jessica Recko and her companion Kerrin Ryan, Jenna Recko and Jillian Recko all of Webster, MA., and daughter in-law Elizabeth Sielawa Recko from Denver CO. He also leaves great grandsons Dyllan, Mason, Tyler, Ethan, and Noah, and a great grandaughter Lily, all of Webster, MA. He also leaves a sister Wanda (Recko) LaBak from Worcester, MA.

Charles was predeceased by his brothers Joseph, John and sister Jane, and in 2018 his youngest son Brian.

Charlie graduated from St. Mary's School in Worcester, MA. After graduation he enlisted in the U.S. Navy, and proudly served during the Korean War assigned to the 5th Naval District out of Norfolk Virginia, on the Navy Sea Tug Woyout YTB-150. After leaving the Navy, he was employed by Joseph Leavitt Corp., an auto parts distributor of Worcester MA. from 1959 to 1973, when he purchased City Line Sales Auto Parts in Dudley MA. Charlie along with wife Elizabeth, sons Charlie (Chris), and James operated the business until 1999 when he retired.

Charlie was a board member and past president of the Webster/Dudley Rotary Club and had a perfect attendance record for 20 years, and was awarded the Paul Harris Fellowship award. Charlie was also on the Board of Directors of the Webster First Federal Credit Union., and served as chairman multiple times. He also had memberships with the American Legion, Polish American Veterans, and 200 Sportsman Club.

Charlie was a long time numismatist. He belonged to the American Numismatic Association, and was awarded their 50 year lifetime membership award. He was also a member and board of director of the Oxford Nipmuc Coin Club.Charlie was an avid golfer. He had amassed a golf ball collection of over 8000 golf balls, along with all other types of golf memorabilia, and was always glad to show it to anyone.

Charlie's family and friends are invited to attend calling hours on Tuesday May 21, from 6 to 8 P.M. at Bartel Funeral Home, 33 Schofield Avenue, Dudley, MA. A memorial mass to honor his life will be held at Saint Joseph Basilica, 53 Whitcomb Street Webster, MA on Thursday, May 23 at 11:00 am. Burial will be at the convenience of the family.

In lieu of flowers, memorial donations may be made in Charlie's name to the American Cancer Society, or the American Heart Association. www.bartelfuneralhom.com

To send flowers to the family or plant a tree in memory of Charles Recko, please visit Tribute Store
Tuesday
21
May

Look inside to read what others have shared
Family and friends are coming together online to create a special keepsake. Every memory left on the online obituary will be automatically included in this book.
View Tribute Book
Share Your Memory of
Charles
Upload Your Memory View All Memories
Be the first to upload a memory!
Share A Memory
Send Flowers
Plant a Tree