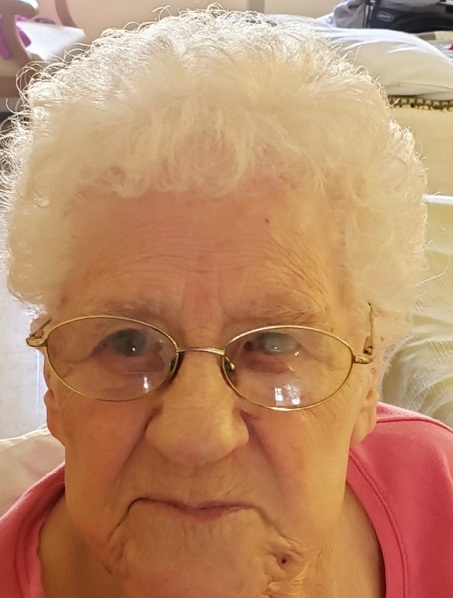 Obituary of Bernice I Collins

Please share a memory of Bernice to include in a keepsake book for family and friends.
View Tribute Book

Bernice I Collins, 95, of Oxford died Sunday June 2 2019 at Webster Manor after an illness. Bernice was born in Webster the daughter of the late Joseph Alfred Dion Jr and Dianna (Parquette). She was predeceased by her husband, of 49 years Francis "Sonny" Collins died in 1993.

She began at Cranston Print Works during the Second World War, and also worked at the St. Louis rectory in Webster for many years.

Her family extends a very special than you to all the nurses, aides, and therapists at Webster Manor. Without all of the TLC given, the family would have been lost.

A Mass of Christian burial will be held 11AM Thursday, June 6 at St. Louis Church, 14 Lake St., Webster, Burial will follow in Calvary Cemetery, Dudley

To send flowers to the family or plant a tree in memory of Bernice Collins, please visit Tribute Store
Wednesday
5
June

Look inside to read what others have shared
Family and friends are coming together online to create a special keepsake. Every memory left on the online obituary will be automatically included in this book.
View Tribute Book
Share Your Memory of
Bernice
Upload Your Memory View All Memories
Be the first to upload a memory!
Share A Memory
Send Flowers
Plant a Tree