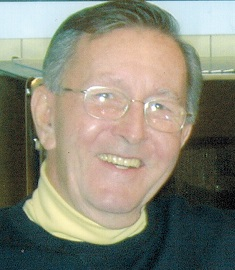 Please share a memory of Edmund to include in a keepsake book for family and friends.
View Tribute Book
Edmund "Sid" Sidebottom, age 88, of Webster passed away peacefully surrounded by his loving family on Wednesday, August 28, 2019 at Southbridge Rehabilitation Center after a battle with Alzheimer's. Edmund was born in Waltham on November 8, 1930. He is the son of the late Sydney and the late Eileen (Miles) Sidebottom He is survived by his beloved wife of 68 years Doris (Lavallee) Sidebottom; three children: Joy Sidebottom and her fiance Stephen Simonelli of Webster; Cindy Sidebottom of Dudley; Steven Sidebottom and his wife Robbin of North Grosvenordale, CT; one granddaughter Shayna Sidebottom of North Grosvenordale, Ct; and one sister Jeannette Veinot of Thompson, Ct. He also left several sisters-in-law, cousins, nieces and nephews. He was predeceased by two siblings: Sister Mary Frances Theresa Sidebottom and Donald Sidebottom. He served in the Navy during the Korean War from 1951 to 1955. He was employed by Metropolitan Life Insurance and later A.I.M Insurance Co. and enjoyed a career as an Insurance Salesman for many years. He loved his job, always had a kind word, a funny joke, and the ability to put anyone around him at ease. Sid was a family man who worked very hard all his life to take care of his family whom he loved. The family will miss him dearly as well as the encouragement, love and support that he gave to them. He was a true sports fan and an avid card player. He enjoyed watching the Patriots with his family and loved playing golf. There will always be special memories of him with friends and family on his boat "Sir Sid." His family and friends will all remember the many fun places they cruised to, such as Newport and Block Island. When he retired, he and Doris traveled and spent winters in Florida with their daughter Joy. The family would like to thank the amazing staff at the Summit Eldercare in Webster and the wonderful healthcare providers at the Southbridge Rehabilitation Center who were all so kind and compassionate to him during the last several months. Friends and relatives are invited to gather for a prayer service that will be held at 11:00 am on Saturday, September14 at St. Joseph Garden Of Peace Cemetery columbarium, Old Worcester Rd., Webster, MA with Military Honors provided by the Webster-Dudley Veterans Council. There are no calling hours. In lieu of flowers, donations in his memory may be made to the Alzheimer's Association for "Team Barbara" and send to Alzheimer's Association, 100 North Parkway, Suite 105, Worcester, MA 01605, Attn: Catherine Leary. Bartel Funeral Home & Chapel 33 Schofield Ave. is assisting the family. www.bartelfuneralhome.com
To send flowers to the family or plant a tree in memory of Edmund Sidebottom, please visit Tribute Store
Saturday
14
September

Look inside to read what others have shared
Family and friends are coming together online to create a special keepsake. Every memory left on the online obituary will be automatically included in this book.
View Tribute Book
Share Your Memory of
Edmund
Upload Your Memory View All Memories
Be the first to upload a memory!
Share A Memory
Send Flowers
Plant a Tree