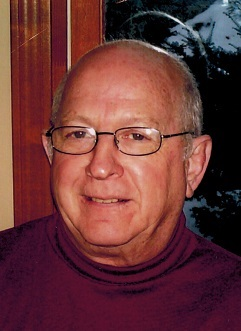 Thomas F. Guilfoil, 75, of Dudley, died peacefully Friday, November 22, 2019 at Brigham & Women's Hospital in Boston. He survived a successful double lung transplant in 2018 and fought bravely and stubbornly against the insurmountable medical complications from the surgery. Thomas was born in Worcester, MA. He is the son of the late William and the late Ann (Griffin) Guilfoil.

He is survived by his wife of 52 years, Carol-Ann (Bardsley) Guilfoil, two daughters, Kelley Guilfoil-Zinkevich, her husband Brian, of Worcester, and their children, Joseph, Maximilian, Xavier and Caroline, daughter, Karryn Ryan of Oxford, and her children, Griffin, Colin and Nathan, grandchildren, Connor, Erin and Jacob Murphy and their father, John Murphy, and Daniel O'Connor, who Tom considered a son. He was predeceased by his beloved daughter, Kerri (Guilfoil) Murphy and sister Clair (Guilfoil) Docherty. He also leaves many nieces, nephews, extended family and friends behind.

Tom was raised in Auburn, attended Auburn schools and received his BS from Clark University and MBA from Anna Maria College. He was a Human Resources Director for many years and retired from Wing Memorial Hospital, in Palmer. After his retirement he staffed the front desk at his daughter Kerri's gym, The Fitness Studio, and volunteered for Special Olympics.

Tom considered himself blessed to find Carol as his high school sweetheart, they built their life and found wonderful life-long friends and neighbors in Auburn. He was active in Auburn Lassie League softball, bowled at Colonial Bowl in Worcester, and was an avid golfer, swimmer and skier. His special place was his second home in Springfield, NH, where he enjoyed all of his dogs, the outdoors and making mischief with countless friends and family.

Everyone Tom met, from the grocery clerk, to the pharmacist, to the server at his favorite breakfast place, was drawn to his spirited, positive and caring demeanor, and he loved to talk to young and old alike. At his most recent home in Dudley, he was often found playing catch with his grandchildren or relaxing on the front porch, smoking a cigar, sipping a scotch and doing a crossword puzzle.

To send flowers to the family or plant a tree in memory of Thomas Guilfoil, please visit Tribute Store
Monday
25
November