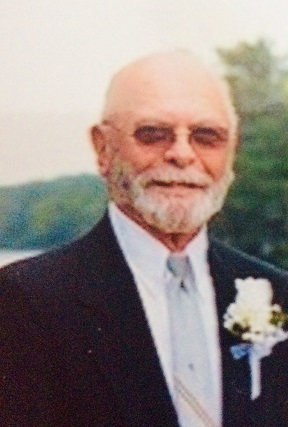 Please share a memory of Mathew to include in a keepsake book for family and friends.
View Tribute Book
Mathew Leone, 82, of Dudley died peacefully Friday, December 20, 2019 at his home in Dudley. Mathew was born in Worcester, MA. He is the son of the late Pasquale and the late Antoinette (Bisceglia) Leone. He is survived by his wife of almost 60 years Flora (LeBlanc) Leone , three daughters: Margaret Krawczyk of Webster, son Mathew Leone Jr of Sturbridge, Gina Gendreau and her husband Michael of Southbridge, and Mary Hubert and her husband Robert of Thompson, CT, and Two brothers Frank Leone of Worcester, Angelo Leone of Leicester, Predeceased by a sister Margaret Rose Leone. Also leaves 9 grandchildren Richard Leone, David Krawczyk, Mathew Leone, Ashley Kunkel ,Alyssa Ledogar ,Nicole Deschamps, Hannah Gendreau, Isabel Gendreau and Joseph Hubert. Five great grandchildren Myla Leone, Otelia Ledogar, Adalaide Ledogar, Oden Ledoga rand Xander Kunkel. several nieces and nephews He proudly served in the Marine Corps during the the Vietnam war from 1956 to 1962. He was employed by Commonwealth Of Mass as Supervisor for DPW . Taking early retirement to spend time with his family Mathew was a member of Dudley Hill Golf club and a lover of the game of golf he looked forward to his weekly golf matches .An Avid sports fan ,a member of east side improvement club Dublin Court Club both in Worcester. The funeral will be held 11 AM on Friday, December 27 at Bartel Funeral Home & Chapel, 33 Schofield Ave., Dudley. Webster -Dudley Veteran Council will provide Military Honors . Calling hours will be Friday, December 27 from 9 :00AM to 11 :00 AM at the funeral home . In lieu of flowers donations to /www.woundedwarriorproject.org/donate .
To send flowers to the family or plant a tree in memory of Mathew Leone, please visit Tribute Store
Friday
27
December

Look inside to read what others have shared
Family and friends are coming together online to create a special keepsake. Every memory left on the online obituary will be automatically included in this book.
View Tribute Book
Share Your Memory of
Mathew
Upload Your Memory View All Memories
Be the first to upload a memory!
Share A Memory
Send Flowers
Plant a Tree