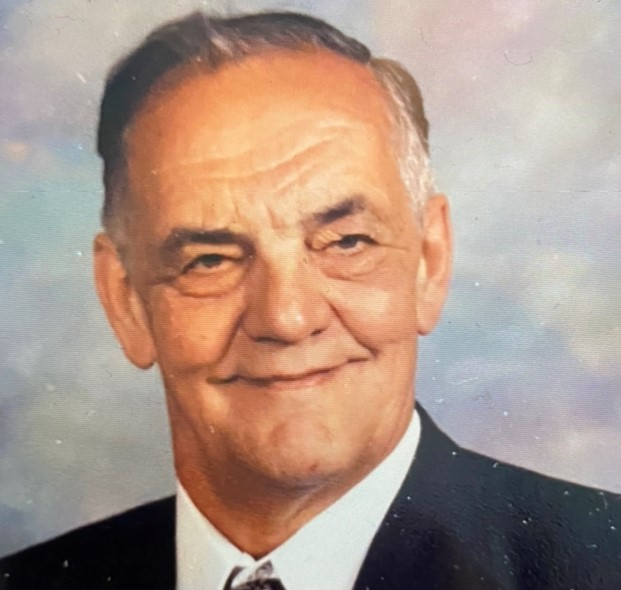 Please share a memory of Wayne to include in a keepsake book for family and friends.
View Tribute Book
Wayne Steeves, age 91, of Dudley died Thursday, March 18, 2021 at Beaumont Rehab and Nursing of Worcester, MA. Mr. Steeves was born August 6, 1929 in Hillsbough,NB Canada He is the son of the late Roland and the late Lillian (Douthwright) Steeves. He is survived by his wife of 68 years Margaret Stevens Steeves and four daughters: Cheryl LaMothe and her husband Wayne of Uncasville, CT, Brenda Steeves of Southbridge, MA, Alanna Duquette and her husband Rory of Charlton, MA and Wendy Scanlon and her husband Richard of Charlton, MA, a Brother Garnet Steeves of NB Canada ; He also has , 6 grandchildren and 10 great grandchildren. Predeceased by his daughter, Deborah Steeves, sister, Audrey Jonah, sister, Nina Ward, brother, Armand, brother, Russell, sister, Marion, brother, Gerald, brother, Frank Letterick, brother, Jack Letterick, and sister, Ethel Inglis. He served in the Canadian Air Force, He was employed by Norton Company of Worcester, MA for 28 years as a Shaver. Mr. Steeves, enjoyed hockey and sports in his youth and later golf, the Boston Red Sox and working part time at the Flower Garden. A prayer service will be held 6:00 pm on Thursday, March 25 at Bartel Funeral Home & Chapel, 33 Schofield Ave., Dudley, MA. Calling hours will be Thursday, March 25 from 4 to 6 PM at Bartel Funeral Home & Chapel, 33 Schofield Ave., Dudley, MA His burial will be in the spring in New Brunswick. www.bartelfuneralhome.com. In lieu of flowers. Donations may be made in Wayne's name to the Multiple Sclerosis Society or Epilepsy Foundation. . . .
To send flowers to the family or plant a tree in memory of Wayne Steeves, please visit Tribute Store
Thursday
25
March

Look inside to read what others have shared
Family and friends are coming together online to create a special keepsake. Every memory left on the online obituary will be automatically included in this book.
View Tribute Book
Share Your Memory of
Wayne
Upload Your Memory View All Memories
Be the first to upload a memory!
Share A Memory
Send Flowers
Plant a Tree