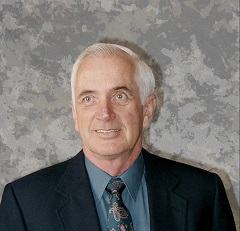 Please share a memory of Clifford to include in a keepsake book for family and friends.
View Tribute Book
Clifford M. Penniman died after a lengthy illness May 3, 2021 at his home in Dudley, Massachusetts, with his family by his side. He was born in Webster, Massachusetts to the late Harry and Essie (Morris) Penniman. He is survived by his wife of 59 years Mary (Collins) Penniman; a daughter, Diane Begreen and her partner, Richard Dubois; twin sons, Mark Penniman and his wife Rhonda, John Penniman and his partner, Rebecca Poirier; seven grandchildren: Matthew, Andrew, Ryan, David, Jaclyn, Nicole and Justin; along with three great-grandchildren; Cliff is survived by three siblings: Harry Penniman and his wife Barbara, Martha Harrington, and Edward Penniman and his wife Ruth. He was preceded in death by his parents, his brother Brian, and his sisters Evelyn Anderson, Carol Mason, and Susan Archambeault. He was a strong and independent man who worked very hard to provide for his family, as an owner of Andy's Package Store and Penn's Market in Worcester Massachusetts. He lived a long and fulfilling life; he loved RV'ing and wintering in Florida; he loved woodworking and gardening; but most of all he loved his family. The family wishes to express their sincere gratitude to Emily, Kandis, Lora and Chaplain Ted for their support and care throughout his illness. In accordance with Cliff's wishes there will be no funeral ceremony. A celebration of life will be held at a later date.
To plant a beautiful memorial tree in memory of Clifford Penniman, please visit our Tree Store

Look inside to read what others have shared
Family and friends are coming together online to create a special keepsake. Every memory left on the online obituary will be automatically included in this book.
View Tribute Book
Services for Clifford Penniman
There are no events scheduled. You can still show your support by planting a tree in memory of Clifford Penniman.
Plant a tree in memory of Clifford
Share Your Memory of
Clifford
Upload Your Memory View All Memories
Be the first to upload a memory!
Share A Memory
Plant a Tree