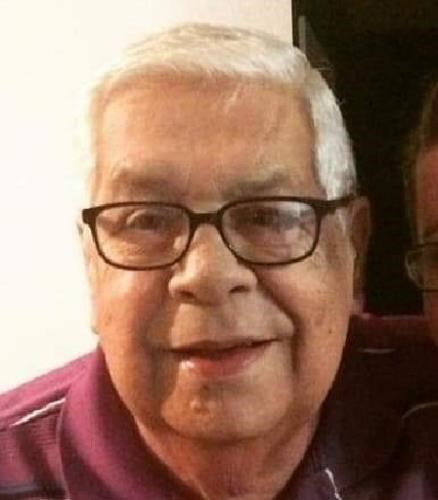 Please share a memory of John to include in a keepsake book for family and friends.
View Tribute Book
Arizona/Webster Ma - John A. Pizzetti 80 passed away on Friday, June 12, 2020 in San Tan valley, Az. He was predeceased by his beloved wife Barbara A. (Bukowski) Pizzetti in 1996. He was born and raised in Webster, Ma. to the late Joseph and Anna (Kubic) Pizzetti. He is survived by one daughter Lisa Johnson Falconieri and her husband Anthony in Az. in which he lived. His two beloved grandchildren Gina Johnson of Az and Michael Johnson and his wife Heather of Idaho. A daughter in law Amy of Az, a sister Susan Mason and her husband Dean of Webster, Ma. Two nephews Jaie Pizzetti and wife Brooke, Drew Mason and wife Jessica. Brother in law Richard Bukowski and wife Maureen and Joseph Bukowski and wife Michelle and niece Amber. A very close friend/cousin Albert Pizzetti of Webster, Ma. and several other relatives and friends to numerous to mention. Besides his wife Barbara, he was predeceased by his son Jeffery Pizzetti and his brother Joseph (Dick) Pizzetti and his wife Therese (Langevin). John and Barbara married and moved to Vernon, Ct and then to East Hartford, Ct. He was a supervisor at Pratt and Whitney E.H for 30 years before retiring to Arizona. John loved to travel, visit his son in San Diego, golf, and watch UConn Basketball and New York Yankees (ever since he wore the Yankees uniform in Little League), and eating his traditional homemade Italian dinners at the holidays. Mostly important to him was spending time with family. John had a big spirit, a welcoming personality and a generous heart with a knack of making anyone feel good being around him. He will be greatly missed by all. A memorial mass will be Thursday Sept. 9, 2021 at 10 AM in St. Louis Church 14 Lake St. Webster burial will follow in Calvary cemetery Dudley. In lieu of flowers, donations can be made to: St. Jude Children's Research Hospital, ATTEN: Tribute processing, 501 St. Jude Place, Memphis, TN 38105
To send flowers to the family or plant a tree in memory of John Pizzetti, please visit Tribute Store
Thursday
9
September

Look inside to read what others have shared
Family and friends are coming together online to create a special keepsake. Every memory left on the online obituary will be automatically included in this book.
View Tribute Book
Share Your Memory of
John
Upload Your Memory View All Memories
Be the first to upload a memory!
Share A Memory
Send Flowers
Plant a Tree