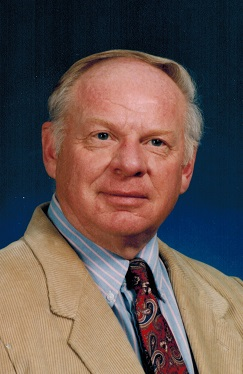 Please share a memory of Donald to include in a keepsake book for family and friends.
View Tribute Book
Donald Henry Weinhardt 83 died peacefully at Webster Manor on Wednesday March 2, 2022 Donald was born in Brooklyn New York, May 24 1938 His Father was Henry L. Weinhardt and Mother Adele Kolln Weinhardt. He is predeceased by his brother and sister in law Robert L. Weinhardt and Jill Weinhardt and their son William Louis Weinhardt He is survived by his wife of 63 years Carol Weinhardt , Son Donald R. Weinhardt and his wife Elizabeth, their children Tyler and Daniel. His daughter Cathy Lynne Peterson and husband Charlie. Don is also survived by his Niece Diana L. Treangen and her husband Dean. He is also survived by many grand nieces, nephews and great grand nieces and nephews Donald served three years in the U.S Army stationed at Fort Bliss Texas as an instructor for the Nike-Ajax missile system. He then was employed by the Grumman Aerospace Corporation on Long Island. He was very proud of their part in putting the first man on the moon. He retired in 1995. While on Long Island, Don was the past president of the Long Island Antique Bottle Club. He was editor- compiler of their first book "100 years of Ling Island Bottles". He was also one of the founders and first president of the Bayport Heritage Association, was instrumental in starting the restoration of "Meadow Croft" the former estate of John Roosevelt of Sayville N.Y He was the editor of BHA,s first book "Bayport Fading Views. At the same time was also president of the Suffolk County Historical Society of Riverhead N.Y. There he also volunteered in their library. In 1995 Don and his wife, Carol relocated to Charlton MA. Don volunteered for 10 years at Old Sturbridge Village in their reference library. He also joined the Charlton Historical Society where he became president and helped with the restoration of the Rider Tavern. He was Editor and compiler of the publications "Dairy Farms of Charlton, Massachusetts 1870-2000" and a "Catalog of Early Building Construction in Charlton Massachusetts 1726-1899" In 2007, deciding to downsize Don and his wife relocated to Webster MA. in the brand new over 55 community "New England Commons". He then became active at the Zion Lutheran Church of Oxford MA and was chairperson of their history committee. Don also loved sports, he was a fan of the New York Giant and Jets, but for the last 20 years an avid New England Patriots fan and wouldn't miss a game. He enjoyed attending as many, as he could, the little league games of his grandsons and was sad when they decided to move on. He was very proud of his children and grandchildren and all their accomplishments. In lieu of flowers donations may be made to his church Zion Lutheran Church 70 South Main St. Oxford Ma. 01540 or to Old Sturbridge Village at www,osv.org Donalds Funeral will be celebrated Saturday March 5th at 11 AM in Zion Lutheran Church 70 South Main St. Oxford burial will follow in Mt. Zion Cemetery Webster .Calling hours are Friday March 4 th from 5 to 7 PM at Bartel Funeral Home and Chapel 33 Schofield Ave. Dudley,Ma www bartelfuneralhome.com
To send flowers to the family or plant a tree in memory of Donald Weinhardt, please visit Tribute Store
Friday
4
March

Look inside to read what others have shared
Family and friends are coming together online to create a special keepsake. Every memory left on the online obituary will be automatically included in this book.
View Tribute Book
Share Your Memory of
Donald
Upload Your Memory View All Memories
Be the first to upload a memory!
Share A Memory
Send Flowers
Plant a Tree