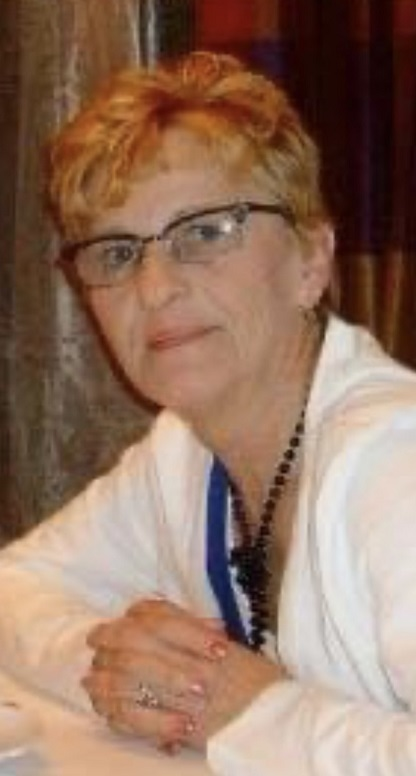 Please share a memory of Lorraine to include in a keepsake book for family and friends.
View Tribute Book
Lorraine A (Gaboury) Ducharme, 84, of Golden Heights II, Webster, died at Webster Manor on Sat July 30. She was surrounded by her family who she fiercely loved. She was preceded by her father Hector Gaboury, mother Martha (Papierski), brother Bernard, and sister Sylvia. She leaves her children, Kathleen Banks, Lorri Ducharme and her spouse Jon, and Lance Ducharme and his spouse Krystal. Seven grandchildren; Caleigh, Keith, Hannah, Shane, Paige, Seth, and Audrey. Three great grands; Milani, Layla, and Leland and three grands by marriage; Kevin, Travis and Cheyann, as well as several nephews and nieces. She also leaves her longtime friend and companion, Elizabeth Donovan. Lorraine attended St Joseph School and Bartlett HS in Webster where she grew up. As an adult, she attended St Andrew Bobola Church in Dudley where she was the president of the Rosary Sodality and manager of the bingo for many years. Over the years Lorraine held many positions but her true passion was cooking. After attending classes at a local culinary school she obtained a position as a private chef for the priests at Assumption College. It was a labor of love and she spent 22 years preparing many delicious meals for her 'guys'. Her interests were many. Bowling, playing cards, bingo, polka dancing, gardening, and of course, her love of the slots! She was an avid Red Sox fan and rarely missed watching a game. Being in Florida was another love and she realized her dream of becoming a 'snow bird' in 2000 after a successful battle with breast cancer. Over the years she would be successful at battling many health issues. So much so she became known as the lady with nine lives. Fiercely stubborn, and very outspoken. Traits she was well known and loved for. Her greatest joy was being an active 'gram' with her grands, having them for sleepovers, movies, shows, apple picking, Disney World and best of all, swimming with the dolphins. She will be greatly missed. There will be a Funeral Mass on Sat, Sept 17th at 11AM at St Anthony of Padua Church in Dudley. A celebration of life will follow immediately in the church hall. Burial will be private. Donations can be made to her favorite charity, St Jude's Childrens Hospital at www.stjude.org www.bartelfuneralhome.com
To plant a beautiful memorial tree in memory of Lorraine Ducharme, please visit our Tree Store
Saturday
17
September

Look inside to read what others have shared
Family and friends are coming together online to create a special keepsake. Every memory left on the online obituary will be automatically included in this book.
View Tribute Book
Share Your Memory of
Lorraine
Upload Your Memory View All Memories
Be the first to upload a memory!
Share A Memory
Plant a Tree