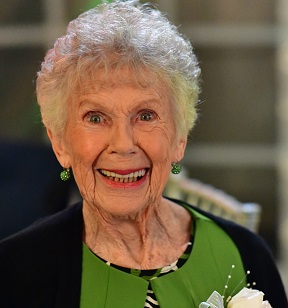 Please share a memory of Roseann to include in a keepsake book for family and friends.
View Tribute Book
Dudley – Roseann (Mangan) Monaco, 89 died Tuesday, January 28th at home surrounded by her loving family. She leaves her children; son, William (Bill) Monaco of Dudley; two daughters, Darlene Marcucci and her husband Mario Marcucci of Southbridge; Lisa Monaco of Chepachet, Rhode Island; Thirteen grandchildren and eight great grandchildren. Predeceased by her husband, of 55 years Thomas J. Monaco Sr. and Sons, Thomas J. Monaco Jr. and Paul Monaco. Mother, Isabelle (Mangan) Brown; Father, William Mangan, Stepfather Otis Brown and brother William Mangan. Born in Norwich, Connecticut, and raised in Quinebaug, Connecticut. Roseann graduated from Tourtellotte High School. Upon completing high school, she worked at the American Optical Company while attending nursing school at the Memorial Hospital in Worcester where she graduated as a Registered Nurse. Roseann retired from Harrington Hospital as Vice President of Nursing after over 40 years of service. During her tenure, she received numerous awards to include a state citation of merit from the Governor of Massachusetts and recognized by the Providence House for outstanding service to the elderly to mention a couple. Roseann enjoyed spending time with the grandchildren and great grandchildren. She was an avid Red Sox fan and reader. Roseann enjoyed playing bingo with her children at her home in Florida. A funeral will be held Saturday, February 1st from Bartel Funeral Home & Chapel, 33 Schofield Avenue, Dudley, with a mass at 10AM in St. Stephens Church, corner of route 197 & 131, Quinebaug, Connecticut. Calling hours will be held on Friday, January 31st from 4PM to 7PM at the funeral home. www.bartelfuneralhom.com
To send flowers to the family or plant a tree in memory of Roseann Monaco, please visit Tribute Store
Friday
31
January

Look inside to read what others have shared
Family and friends are coming together online to create a special keepsake. Every memory left on the online obituary will be automatically included in this book.
View Tribute Book
Share Your Memory of
Roseann
Upload Your Memory View All Memories
Be the first to upload a memory!
Share A Memory
Send Flowers
Plant a Tree